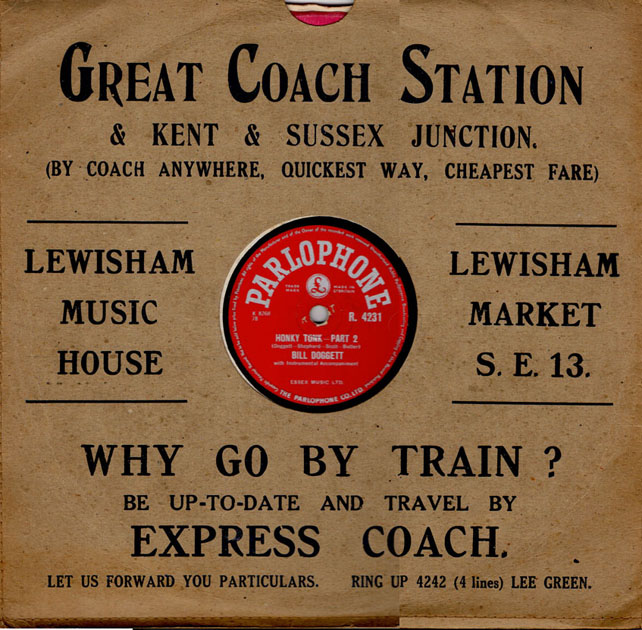 William Ballard Doggett was born February 16, 1916 Philadelphia. After playing in Lucky Millender's band, which Dogget had sold to him in 1939, he went on to work as joint arranger of Benny Goodman's band. Later  Doggett made his first two recordings as part of Lucky's band, Little Old Lady From Baltimore and All Aboard, released on the Varsity label. In 1942, he became the arranger and pianist with the Ink Spots, staying with the group two years recording five singles with them. For the next ten years, he toured and recorded with some of the top singer's and bands, including Johnny Otis, Wynonie Harris, Louis Jordan, Ella Fitzgerald and Lionel Hampton. In 1949 he joined Louis Jordan, as a pianist playing on many of Jordan's classic Decca recordings including Saturday Night Fish Fry and Blue Light Boogie. In 1951 he formed a trio and won a recording contract with King Records, he remained with King until 1960, after which he recorded for Warner Brothers.