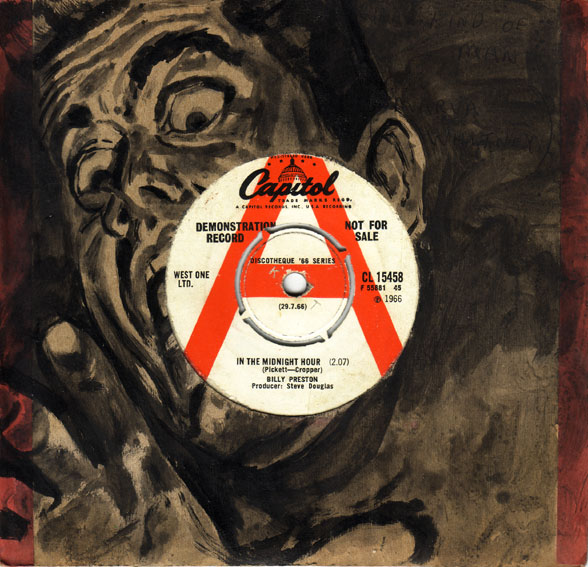 To many Mods in the mid 1960s organist Billy Preston was a contrast to their other great electric organ playing hero: Jimmy Smith .Where the fashionably dressed Jimmy Smith represented the hippest and coolest, and seemed to invite many, who might not otherwise have felt confident enough, to enter the (relatively) esoteric world of Modern Jazz. Soul musicians. In contrast Billy Preston was dynamic, exciting and immediate, there was no ostensible hint of cool Jazz, just straight forward Soul, mostly of the dance variety. In The Midnight Hour is Billy Preston's electrifying version of the late Wilson Pickett's signature tune it was his second single release in the UK, the first of only two on the Capitol label.