In the Midnight Hour is a top notch Hammond organ led instrumental version of The Wilson Pickett classic. It was issued in the UK as the A side of Ann Mason's vocal (answer) version of the song (see below). If Little Mac is  Bill McDougal, as some seem to think he is, then he's a blind keyboard player [and vocalist on other records] from Greensboro, Carolina, and also recorded as Willy McDougal and Billy Mack. 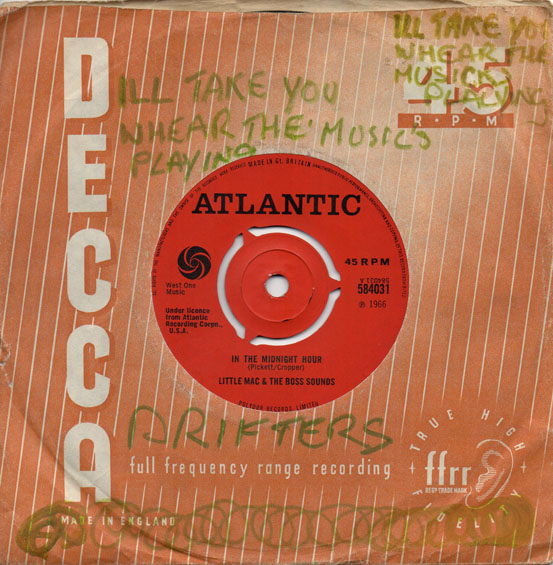