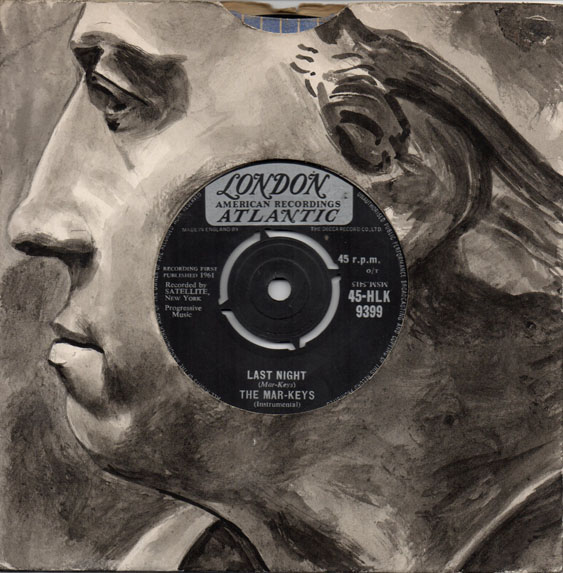 Released on Satellite 107 in the US this early Stax, early Mod dancer from the first Stax house band who originally called themselves The Royal Spades. Last Night sold over a million reaching #3 on the Pop charts and bagged the band a gold disc. Members of the band later became prominent in smaller outfits such as The Bar-Keys and Booker T. And The M. G.'s.

The Memphis based Satellite label was the precursor to The Stax label, ten singles were released on the imprint between 1959 and 1961 when the company changed their name to Stax. The first release on the new Stax label was The Morning After The Mar-Keys follow-up to Last Night.