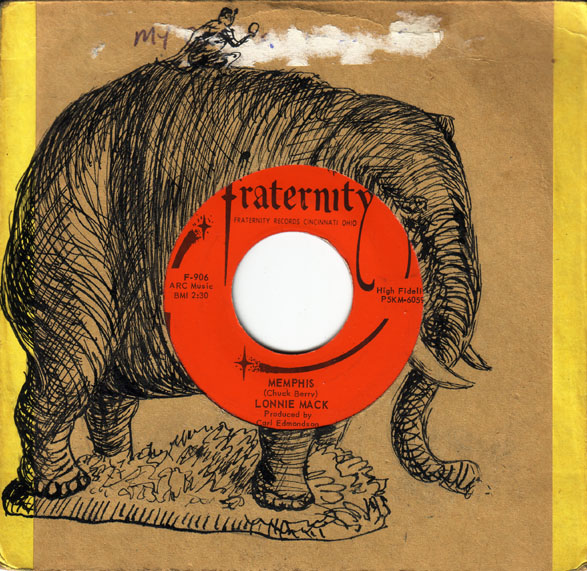 Born 1941 in Harrison, Indiana, guitarist (I understand he plays a Gibson Flying V)  Lonnie Mack played professionally in live gigs in the late 1950s and early 1960s and recorded as a session guitarist with artists like Hank Ballard, Freddie King and James Brown. It is said that Lonnie Mack first heard Memphis (his debut recording) on the radio not knowing it had been released. The song was written and first recorded as a vocal by Chuck Berry, Lonnie Mack's instrumental version has became something of a seminal sound for Blues / Rock guitarist's.