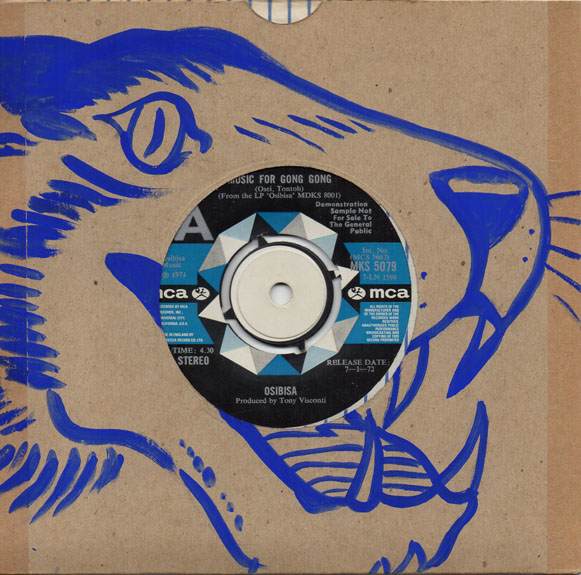 Teddy Osei, Sol Amarfio, Mamon Shareef, and Farhan Freere played Hi-Life with The Star Gazers band in their native Ghana in the 1950s, after leaving The Star Gazers they, along with Mac Tontoh, formed a band calling themselves The Comets. Osibisa was formed in London in 1969 with Teddy Osei, Sol Amarfio, Roy Bedeau, Robert Bailey, Wendell Richardson and Lasisi Amao. The music of Osibisa is a fusion of African, Caribbean, Jazz, Funk and Latin; Music For Gong Gong with it's dynamic and complex (but very danceable) percussive sound was the groups debut release.