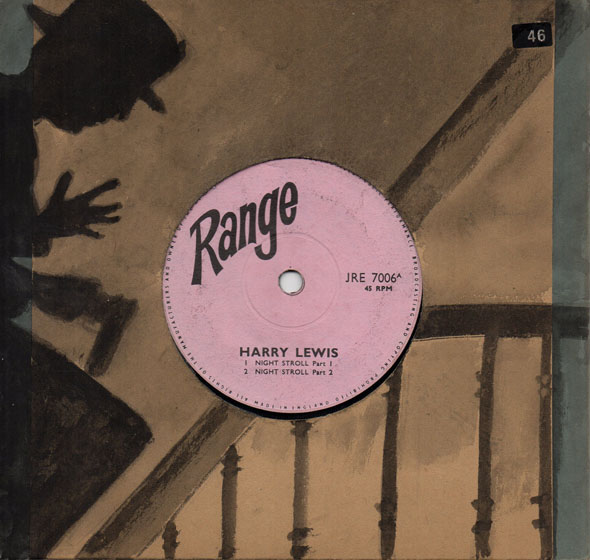 Originally released on Clarence Johnson's New York based Cee=Jay # 785 Night Stroll Part 1 is a low down and dirty Blues cut led by the gritty saxophone of Harry Lewis. Part two, also led by Lewis on sax, is something like a different record entirely, being an up tempo, boppin' instrumental.

Saxophonist Harry Lewis one time member of the Paul 'Huckelbuck' Williams Orchestra along with guitarist Bobby Parker who has two tracks on the other side of this obscure British EP released in 1964 with a rather minimal picture cover (not shown).