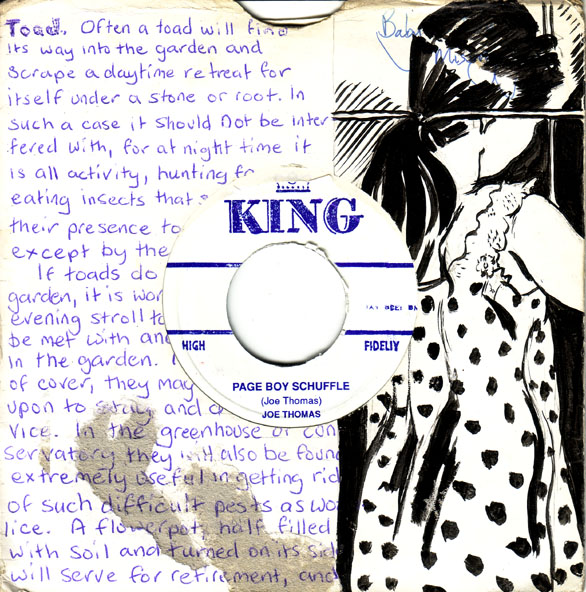 Recorded in February 1950 and originally released in the US on King 4299 backed with Teardrops, seen here on this Jamaican 'boot' it is confirmation (if any were needed) of the type of  earthy Jump Blues saxophone lead instrumentals that were favored by DJs and dancers in Jamaica in the 1950s.

Joe Thomas had been the featured saxophonist and vocalist with The Jimmy Lunceford orchestra and with The Eddie Wilcox band in the1940s before recording under his own name, his first for King was the superb vocal Lavender Coffin King 4296

It is said that although the record was credited on both the US and Jamaican release to Joe Thomas it was in fact recorded by Todd Rhodes and His Toddlers, weather or not Todd Rhodes recorded a similar version (both can be found on the internet) or it is in fact Rohdes, or Thomas, I cannot say.