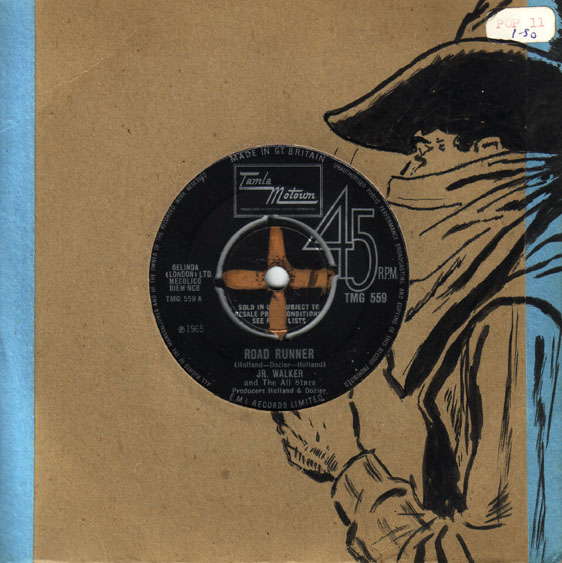 An uncomplicated and compelling dance cut from Jr. Walker, a. k. a. Autry DeWalt Mixon, yes, that's what I said, Autry DeWalt Mixon; he got the name Jr. Walker while still in school. In 1961 he signed up with Harvey Fuqua's Tri-Phi label which was taken over by Motown two years later where he recorded Shotgun; his first record as Jr. Walker and the All Stars. Originally released on the Soul label # 35015 in March 1966 Road Runner was his fifth release in the US and his fifth in the UK, although they were not in the same order. Road Runner was named after a popular American cartoon of the same name. The cartoon, created by Chuck Jones and produced by Warner Brothers, consists of two characters a coyote, known as Wile E. Coyote, and a flightless bird, loosely based on the great Roadrunner, called The Roadrunner. The coyote always chases the bird but never catches him; in fact the rules of the cartoon are that: "Road Runner cannot harm the Coyote" and  "No outside force can harm the Coyote -- only his own ineptitude".