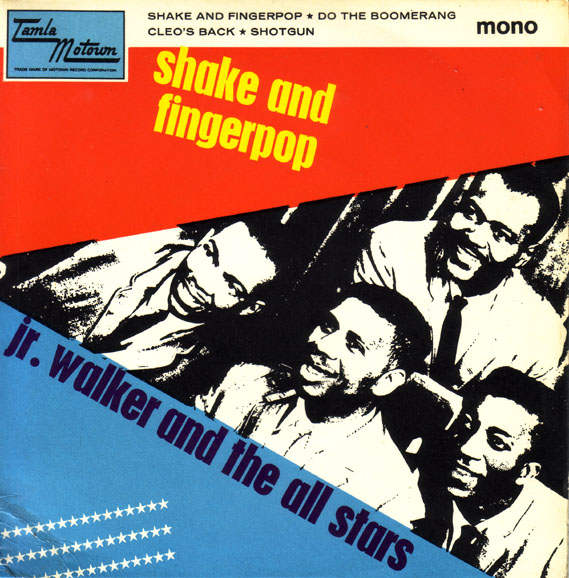 Jr. Walker And The All Stars were: Jr. Walker, saxophone; Vic Thomas, organ; Willie Woods, guitar and James Graves. They first recorded as Jr. Walker And The All Stars for Harvey in 1962 with Twist Lackawanna / Willie's Blues, they had a total of three records released on Harvey, including the first recording of Cleo's Mood before their debut on the Tamla subsidiary label Soul, the sublime Satan's Blues Soul 35003 in August 1964. Shake And Fingerpop was the groups fifth release on Soul # 35013 July 1965; it was their third single in the UK (September 9th) but was also released on the above EP, which was also the groups only UK EP; a similar EP was issued in American on Soul 60701 with two extra tracks.