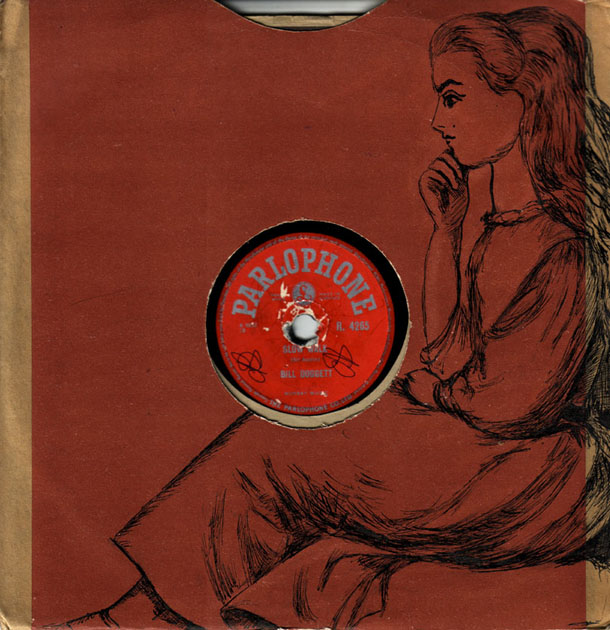 As it can be seen clearly by the wear around the center hole that this 78 RPM has had a lot of use, I like to think that it was part of a set of one of the Sound Systems that were operating in London during the 1950s by the likes of Duke Vin and Count Suckle, or maybe it was in heavy use by someone who held regular 'Blues parties'. Duke Vin had DeeJay'd for Tom The Great Sebastian in Jamaica before arriving in the UK in 1954, where he set up the first British Sound System  and would play all the top R&B cuts for the many new Jamaican immigrants just like they heard them in Jamaica. Tunes like Coxsone Hop and Page Boy Shuffle, along with the Bill Doggett above, originally released on King # 5000 backed with Hand In Hand, the on this release the flip is Peacock  Alley, which was released on King  #5001 backed with Honky Tonk  vocal by Tommy Brown.