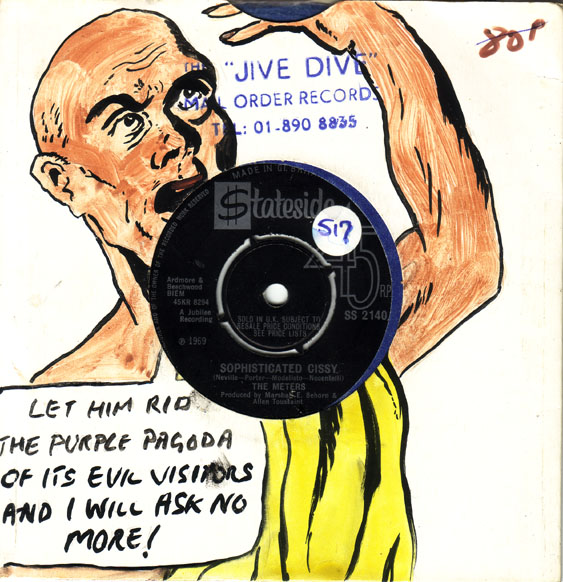 Back in 1969 when this record was released many British Soul fans thought that this might be a little to Jazzy for their tastes, but now with 40 years of musical hindsight, what comes across is pure New Orleans Funk.

Formed in 1965 with vocalist and keyboard player Art Neville, guitarist Leo Nocentelli , bassist George Porter Jr. and drummer Joseph Modeliste, the group became the house band for Sansu Records, they began recording under their own name for Josie. Originally released on Josie 1001 Sophisticated Cissy was the first of eleven on the label, and, along with it's follow up Cissy Strut was a top ten R&B hit.