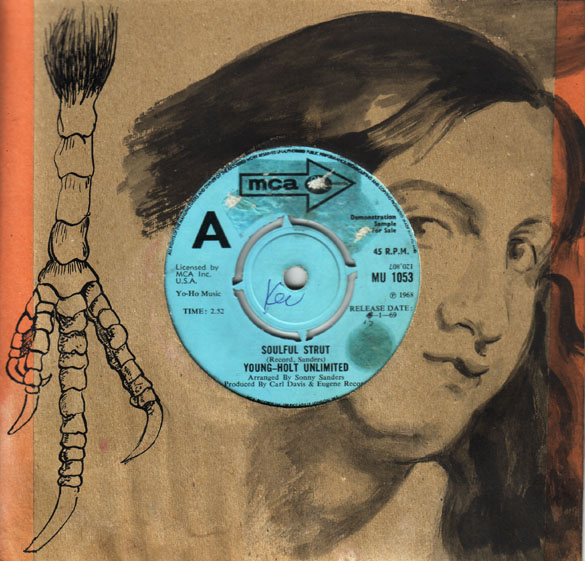 A drum and bass set up before it became 'Drum n' Bass'; bassist Eldee Young and drummer Isaac 'Red' Holt both studded music at the Chicago Conservatory Of Music, they joined Ramsey Lewis in 1965 recording some sides with him for Chess. Later that year they formed the Young Holt Trio with pianist Hysear Don Walker and recorded the instrumental Wack Wack (see below). The record was a minor hit with Soul fans in the UK, but it's novelty value soon wore off and now sounds very contrived and dated. After going through some personnel changes the Young and Holt called themselves Young Holt Unlimited under which name Soulful Strut was released. The cut is in fact the backing track to Barbara Acklin's Am I The Same Girl?, and though it is credited to Young and Holt they in fact had nothing to do with it, as it was recorded by the Brunswick house band with one Floyd Morris playing piano instead of Miss Acklin's voice. 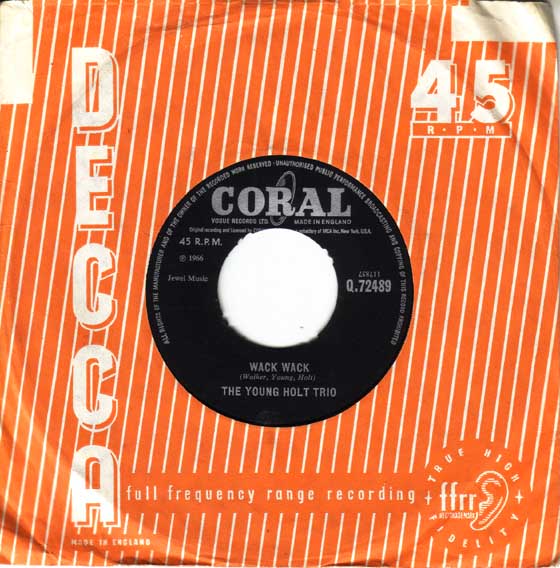