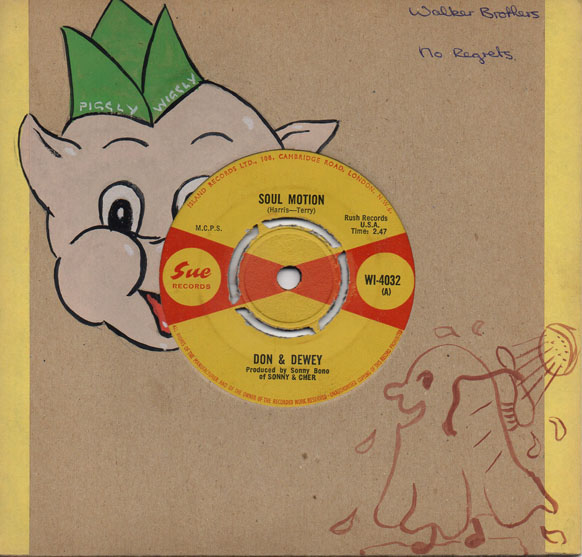 Soul Motion was originally released on Rush records in the USA and released in the UK on Cameo Parkway four years later in 1966, it was reissued in the UK on Sue in 1967. This fine Bluesy instrumental features Don Bowman, aka Sugarcane Harris on electric violin and guitarist Dewey Terry.