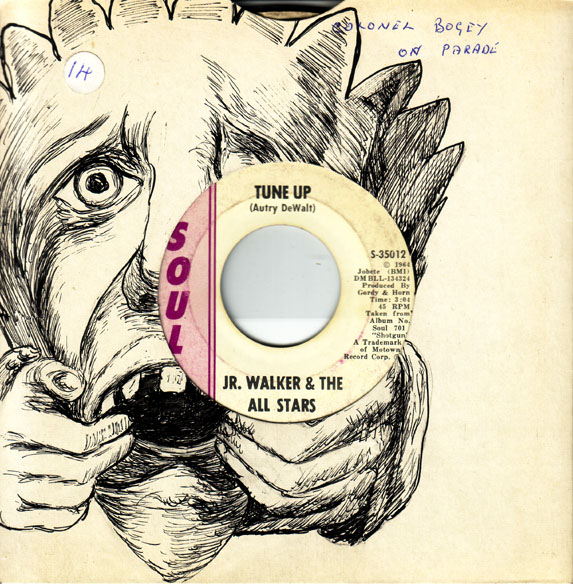 Released in the US in May 1965, and in the UK two months later Tune Up is the B side to Do The Boomerang Jr. Walker's third release for the Soul imprint. Written by band leader and saxophonist Jr. Walker a.k.a. Autry DeWalt II Tune Up has plenty of oomph and pace and could easily be called Ton Up as in the infamous 1950s British and American motor bikers term to drive at one hundred miles an hour - ton meaning 100 mph - which, back then, was considered very fast and dangerous.