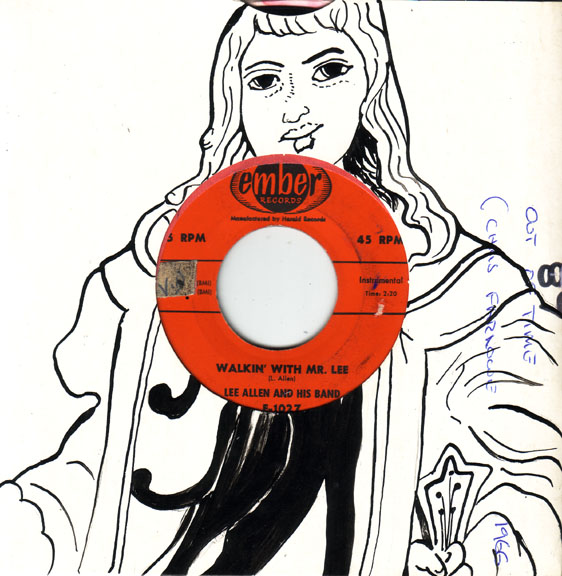 Tenor saxophonist Lee Allen was born in Kansas, grew up in Denver and moved to New Orleans to attend the Xavier University, while in New Orleans and under the influence of its exceptional musical heritage he decided to play saxophone. He started out in Paul Gayten's band and quickly moved on to playing session with some of the biggest names around, including Fats Domino, Amos Milburn, Smiley Lewis and Little Richard. He can be heard on countless R&B, Rock & Roll, Jump Blues and Ballads of the 1950s, his signature tune Walkin' With Mr. Lee was his first for the Ember label and his biggest hit; and was also released in the UK on both 78 and 45 RPM formats.