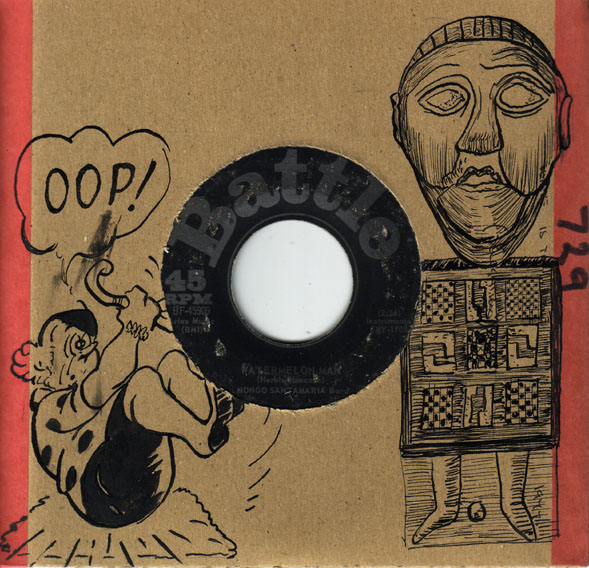 Located at West 16th Street New York, Bill Grauer's short lived Battle label ran for about a year with only some twenty five recordings at least three of which were by Cuban born percussionist Ramon 'Mongo' Santamaria. After arriving in the country in 1950 and before achieving chart success with his cover version of Herbie Hancock's Watermelon Man - his first on the label - he had played with all the big three Latin bands working in the US: Perez Prado, Tito Puente and Cal Tjader, and recorded for the Mongo and Yambu labels. Surprisingly Watermelon Man was issued in the UK (see below). 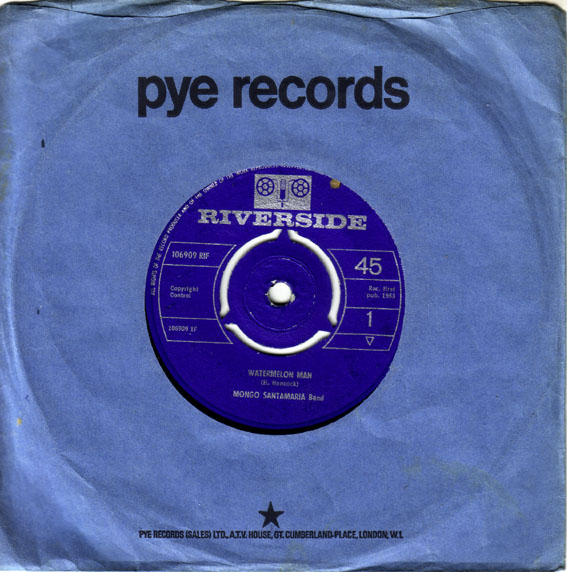