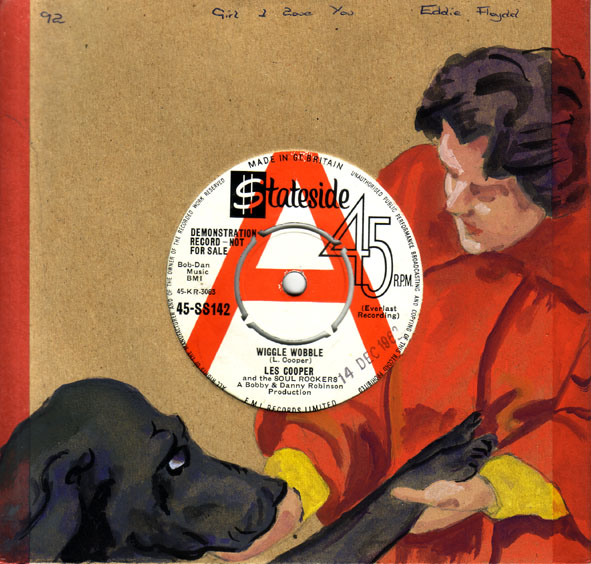 The second recording by Les Cooper released on Danny Robinson's Everlast label in the US, a label that had plenty of good musicians on its books including King Curtis, "Wild' Jimmy Spruill and Chocker Campbell. With sales reckoned to be over a million Wiggle Wobble is by far the best selling record on the label, and the biggest selling record for Les Cooper. Cooper had started out recording as lead tenor for the Empires in 1953, their first record was for the Harlem based Shad label late in 1954, from there the group moved to Mercury, after releasing a number of sides for Mercury and its subsidiary Wing, the group signed with Bobby Robinson and had records out on his Wrilin' Disc imprint. After their time at Wirlin' Disc and a lack of any real commercial success throughout their career the group was dissolved, and it was a few years later that Les Cooper started recording again this time with The Soul Rockers a band of changing personnel, some of whom were, for this recording, 'Pretty' Birdie on drums, Lady Bo aka Peggy Jones, guitar and Saxophone by Joe Grier. King Curtis also cut a version (see below) which was released on the short lived Bristish Speciality imprint. 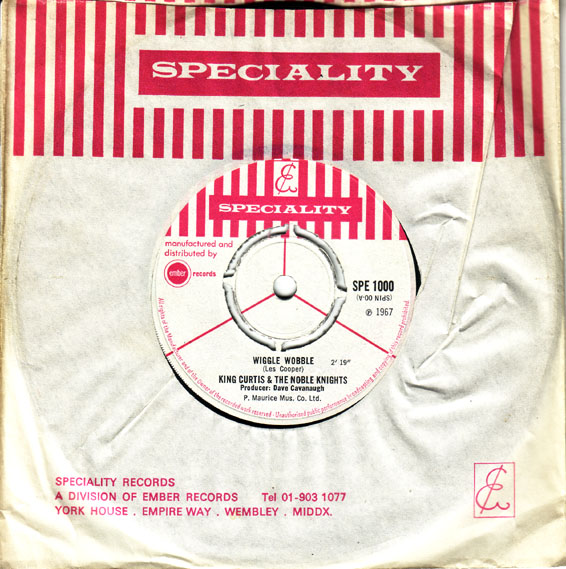