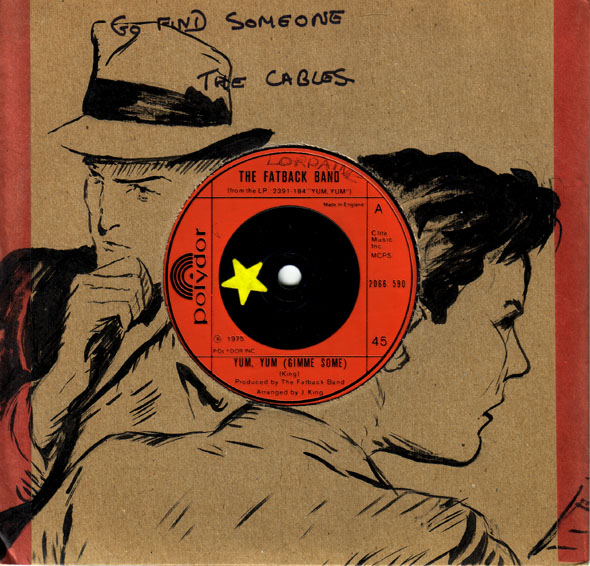 When is an instrumental not an instrumental? because even though many of The Fatback Band's records have a, sometimes strong, vocal element I tend to always think of them as instrumentals. Whatever it is it, and others like it, certainly got the party goers going, though not all of them were still wearing big flairs and loud shirts. Formed in 1970 the group were : Bill Curtis on drums; George Williams, trumpet; Johnny King, guitar; johnny Flippin, bass; Earl Shelton, saxophone; Gerry Thomas, keyboards and  George Adam, flute, later members were: Wayne Woolford, congas; another saxophonist Fred Demerey; second guitarist George Victory, and Jayne and Gerry vocals.