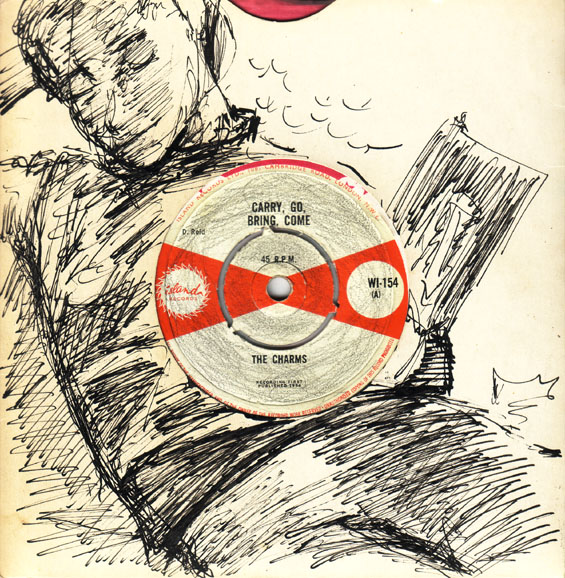 This track was recorded late in 1963, a very early Ska cut, and was from the first session that Justin Hinds and The Dominoes (Dennis Sinclair and
Junior Dixon) did with Duke Reid, the backing band is Tommy McCook, and is said to have been recorded in one take. When this record hit the decks it was an instant success, and stayed on top of the Jamaican charts for eight weeks, it also sold considerably well in Great Britain, and was for a long time after its release one of the most common second-hand Island label records after Guns Of Naverone.