Produced by Duke Reid Dance Crasher is a top draw Ska vocal by Alton Ellis with The Flames; who consisted at various times of Leslie Ellis (Alton's Brothe), David "Baby G" Gordon and Winston Jarrett. The song is a plea to 'Rude Boys' to stop 'Crashing' dances and straighten up using, as an exemplar, the Jamaican boxer George Leslie "Bunny" Grant, who fought and one many titles from feather to light middle weight during the 1950s, 60s and 70s.

The song was brought up to date by producer Winston Riley in the 1970s with a Reggae version from Phillip Fraser (see below). 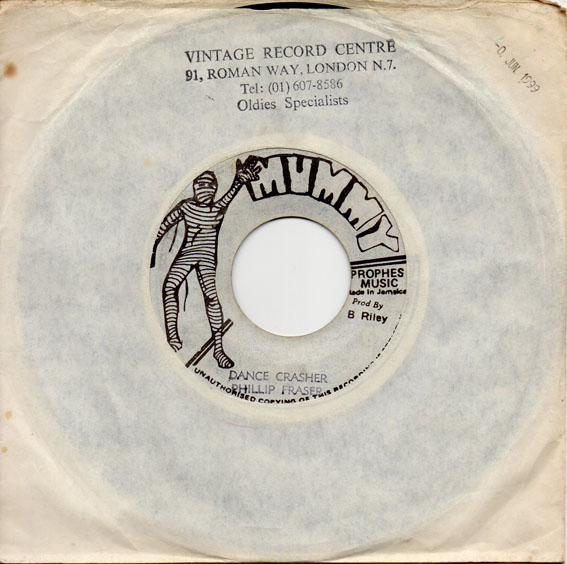 Oswald F. Brooks, a.k.a. Baba Brooks, played trumpet on this and hundreds of other musical delights from Jamaica.