IT'S ALRIGHT * DERRICK MORGAN AND THE TECHNIQUES * ISLAND 277 * UK 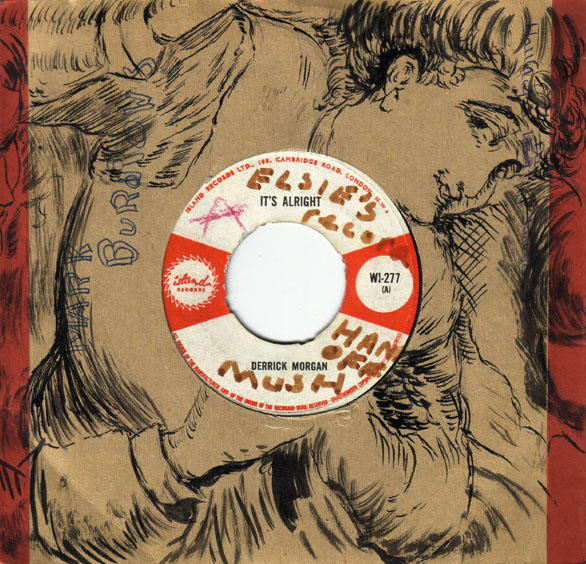 It's Alright was written by Curtis Mayfield and recorded by the Impressions in 1963, the lyrics are pretty much the same as the Soul version, but on this Beverley's production the tempo is quickened turning it into a Ska beat.

N.B. Note the writing on the label: "Elsie's record Hands off mush"! 'Mush', pronounced 'moosh'  to rhyme with push, was a popular London slang word in the 1960s and could either mean a person, as in the warning above, or, less commonly somebody's face, as in "he's got an ugly mush".