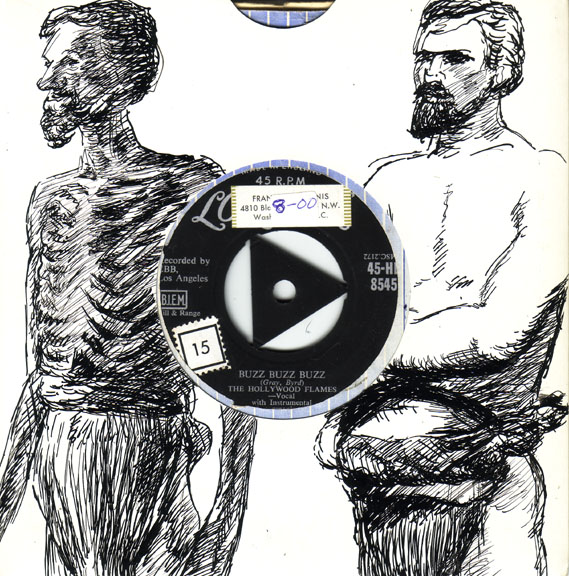 West Coast Rock and Roll at its finest, they started out as the Flames in 1949, later names include the Four Flames, Hollywood Four Flames, Jets, Ebbtides and Satellites. It was as The Hollywood Flames, however, that they had their biggest success with Buzz, Buzz, Buzz. Bobby Byrd, later known as Bobby Day, was one of the group's founders who usually took lead, but for this track it was Earl Nelson, who also recorded as Jackie Lee and as half of Bob And Earl duo. The group recorded for Hollywood, Specialty, Lucky, Swingtime, Money, and, as in the above, Ebb Records. Ebb Records was run by Lee Rupe, wife of Specialty Records owner Art Rupe. The group had one more hit, Gee, for Chess in 1961 with Donald Height as lead, Bobby Day also had a solo hit with Rockin' Robin, on Class, he died on 27th July 1990.