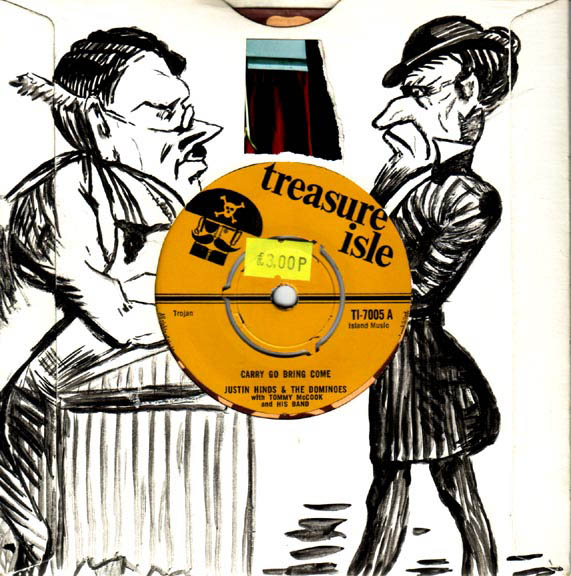 The Ska version of Carry Go, Bring Come was the first tune that Justin Hinds recorded for Duke Reid, a cut that when played at a Coxsone Vs Reid clash stayed on the turntable for a massive eight plays; this was especially galling for Dodd as he had turned down the young Hinds at a recent audition. Duke Reid was himself lucky to have captured Justin Hinds as after asking him to audition in the street Hinds had refused! and it was only later while reasoning with his Rastafarian friends at Back-O-Wall that he decided to stand down off his pride and go back to Reid for another chance. This is a great version in its own right and is not affected by the first version, even if you are familiar with it.