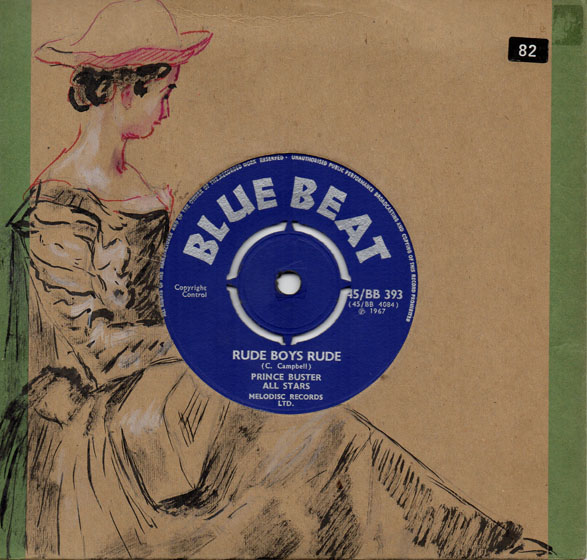 "The gun is their Shepard, they shoot who they want" is how Prince Buster opens this his somewhat ambiguous critique of the Rude Boy's on this self penned and produced Rock Steady cut, originally released on his Olive Blossom label JA.

Rude Boys Rude (sic)  was released in the UK backed with a reissue of his Ska cut Johnny Dollar renamed with it's original title Quiet Place.