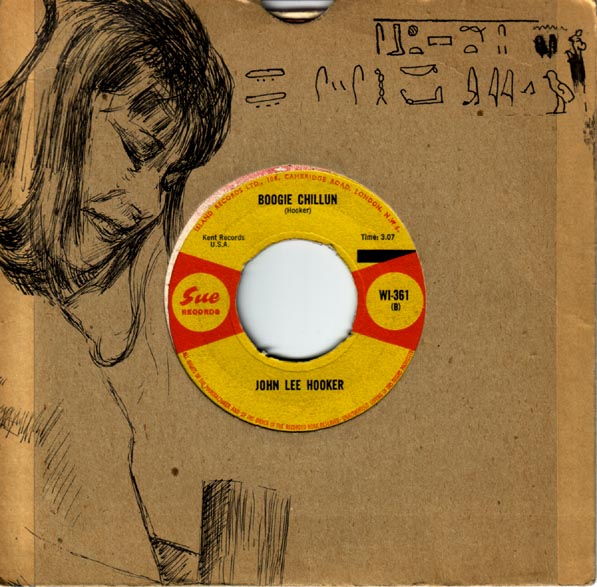 "Let that boy Boogie Woogie, 'caus it's in him and it's got to come out"

Recorded in Detroit, November 1948 and released as the B side to his first record on Modern 20-627; and, partly because the beat was perfect for dancing the 'Block' to, it was still being played in the early 1960s in the most up to date and trendy London clubs, like the Scene, and Flamingo. What is unusual is not that this record was still being played fifteen years after it was recorded, but that when it was heard the audience had no idea when it was made, and it would often be taken for a new record! It was John Lee Hooker's Vee Jay recordings of Dimples (1956) and Boom Boom (1961) released on the British EMI subsidiary Stateside in 1963 and 64 respectively, which became Mod standards, and elevated his name to legendary status with them and subsequently with the general public. That young people were buying the records, and imbibing the views of a fifty year old independent minded black man, must have annoyed the controlling media and entertainment industries elites of the time as there could be little finical or, more importantly, ideological mileage in the narratives from such source material.