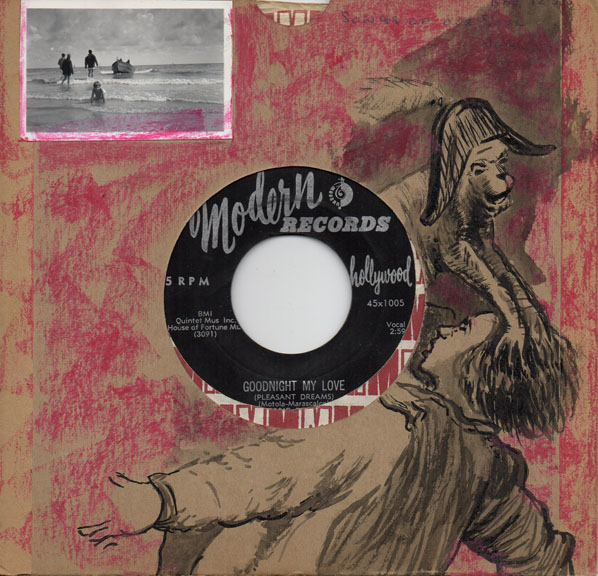 Jesse Belvin was born 15 December 1932, San Antonio, Texas, USA, and died 6 February 1960, he was only 28. His first outing on wax was February 1951 on Imperial 5115 All That Wine Is Gone / Dont Cry, Baby. As by Jay McNeeley [sic] and His Orchestra; Vocal by: Jesse Belvin and Three Dots & A Dash. Available on both 78 and 45. (from Jim Dawson's comprehensive discography). Later, while in the US army, he wrote, with two fellow conscripts, Earth Angel a song that became a national and international hit when recorded by the Penguins. Jesse was an important contributor to the popular music genre, with his song writing talents and influential voice, and, like Sam Cooke, died tragically young while his stock as a valuable member of the human race was still rising. He died in a horrific car accident along with his wife, Jo Ann, and the driver, in Hope, Arkansas, where less than three weeks earlier the plane carrying  Buddy Holy and Richie Valens had crashed. They had been, quite literally, escaping from the first ever mixed race audience pop concert, in the town of Little Rock. They were fleeing because of some very real threats on Belvin's life, the concert had been invaded by white thugs, bent on stopping the show, they were threatening other white members of the audience, and forcing them to leave, causing the performances to be halted twice. The accident remains a contentious point, with many suspecting foul play, the first State Trouper on the scene is on record as saying that Belvin's car "had obviously been tampered with".

Goodnight My Love  was used by American Bandstand program host Dick Clark as the closing theme for several years.