Definitely a proto Ska track coming out of the Treasure Isle studio. Surprisingly this was the first Duke Reid recording to be issued on the Island label and the only one to be issued with the first label design, the label changed to the red 'bow tie' motif at number 100. Many of the first 100 releases were re-pressed with the second label, which also gave the staff at Island a chance to amend some of the earlier mistakes; as for example: the above was first credited as a Beverley's production, this was corrected on the re-press to Duke Reid; see below. 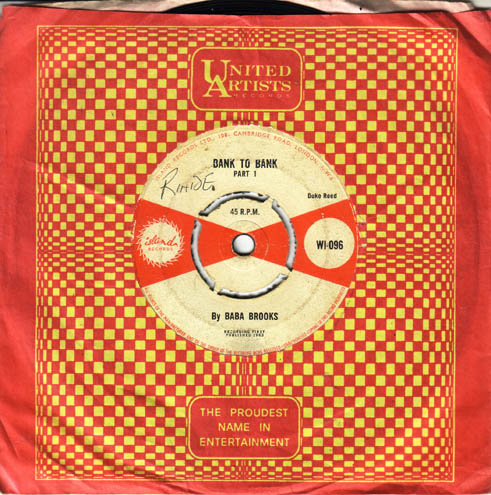 RETURN TO THE PRE SKA PAGE