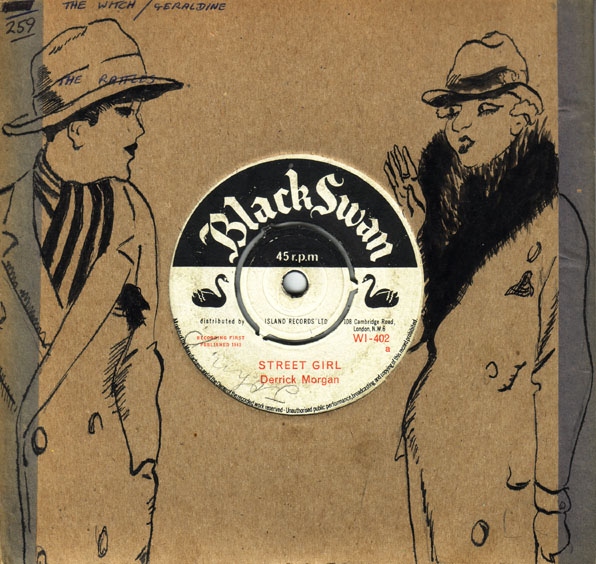 Street Girl has one of those dynamic intro's most often employed in Reggae; it starts with a slightly offended and angry female voice saying "What are you trying to say boy?" after which we get a derisive laugh followed by a somewhat tautological introduction from Derrick Morgan: "If you wanna know just listen to this", that, like the film Peeping Tom (which I watched last night) addresses both the girls question and simultaneously, but on another level, the listeners own curiosity and desire. Street Girl is a Beverly's production, the first three releases on Black Swan are all Beverly's productions.

RETURN TO THE PRE SKA PAGE