This is one of those quintessential Skinhead records, despite the lyrics being somewhat obscure the Skins, and others, felt instinctively that it somehow related to them. The quality of production and manufacture is indicative of Leslie Kong's success with the Beverly label: the vinyl on many of these records is above average for Jamaican releases, and even the professionalism of the design and printing of the label is of a different order to most other producers including the more successful ones like Reid and Dodd. It was issued on the Trojan label, Great Britain, some issues were released as one of their 'Hot Shot' picture sleeve series. 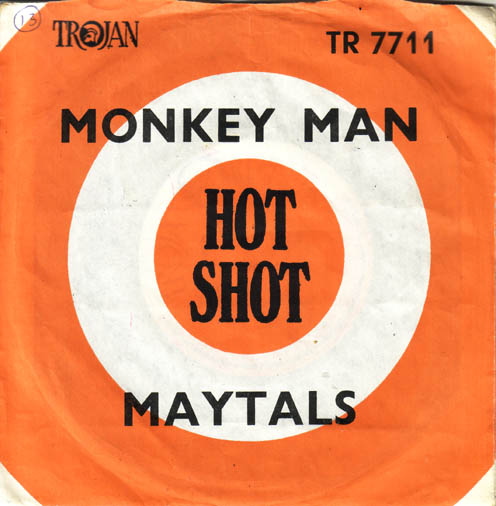 RETURN TO THE EARLY REGGAE AND SKINHEAD PAGE