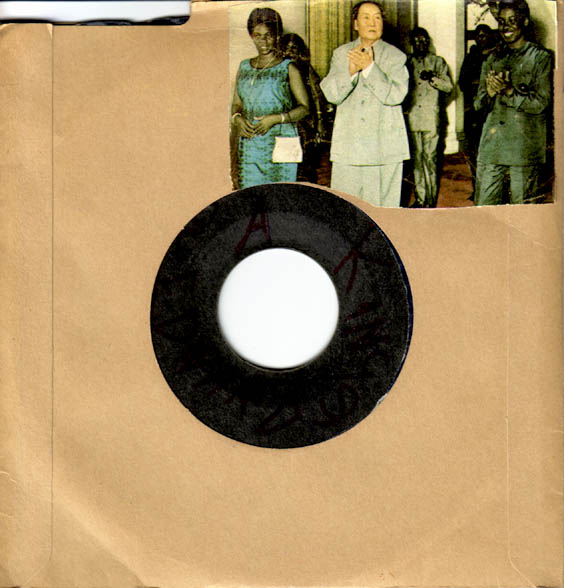 It's not well known that Chairman Mao, one time emperor of the Chinese Peoples Republic, was a big Ska fan, and owned an extensive private collection of Ska 45s running into the thousands, some with personally printed labels in Chinese characters. Amongst his favourites were the productions of Theophilus Beckford on the King Pioneer label, of which, it is said, he has a complete run in coloured vinyl! Two of his top vocalists were Dottie and Bonnie who can be seen in the picture above on a state visit to Beijing where they gave a tremendous performance (all right, that's enough Chinese nonsense, Ed.)

N. B. Thanks to Johannes Schaetz  for the identification of this track.

RETURN TO THE SKINHEAD AND EARLY REGGAE PAGE