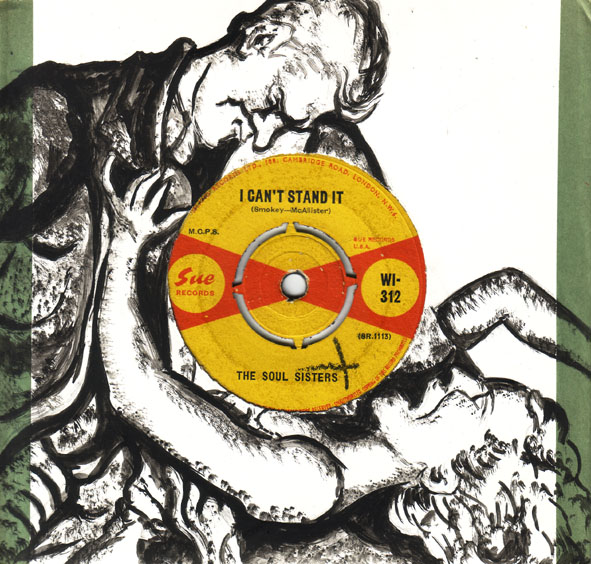 On hearing this power house Gospel style Soul performance you might easily believe The Soul Sisters were at least a half dozen rather than just two, but in fact Theresa Cleveland And Ann Gissendanner (not blood sisters) were all there were but they came in the De-Lux size edition (see picture below). They started their recording career as The Canjoes, with one Lou Johnson, in 1962; I Can't Stand It (which sounds for all the world like a full on protest song) was their first release for the Sue label #799 New York, there were eight more singles on the label. The song was covered to good effect by 'blue eyed' Soul singer James Royal in 1967 (see below). 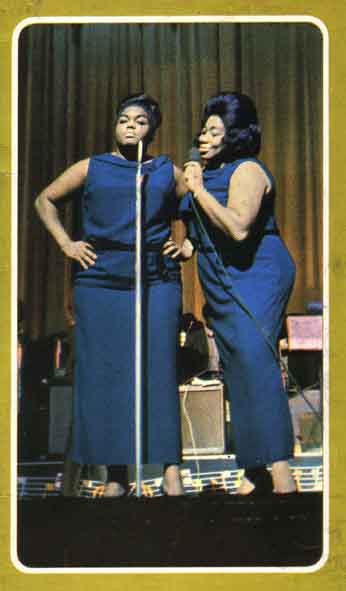 THE SOUL SISTERS ON STAGE AT THE APOLLO 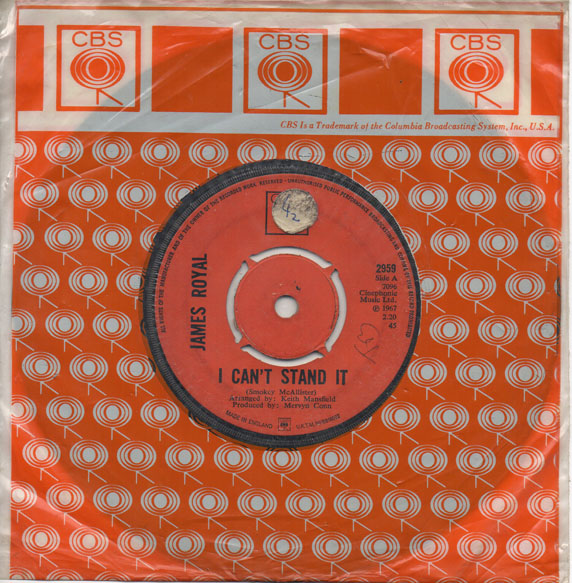 RETURN TO THE BIG GIRLS WITH SOUL PAGE