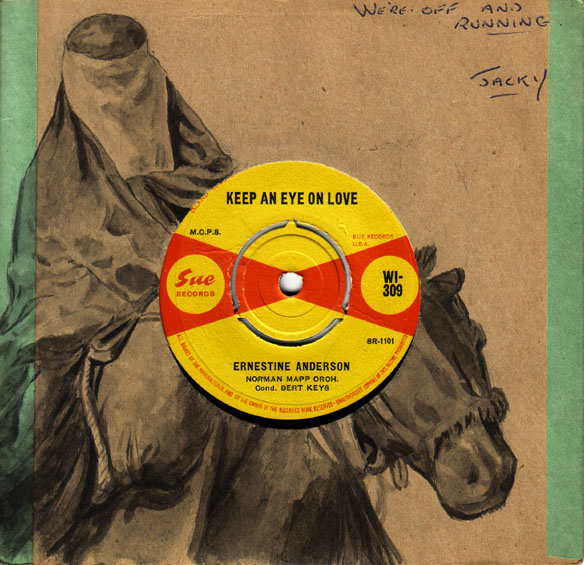 Born in Texas, November 1928 Ernestine Anderson had a long career in music staring as a teenager in Bumps Blackwell's junior band, still a teenager she toured with The Johnny Otis Band and later with Lionel Hampton's Orchestra. She was predominantly a Jazz singer, but like most good artist could sing in a verity of styles, or make recordings that appealed to different audiences, as is the case with the record she cut for Sue. Produced by Bert Keyes, and released in the US in September 1963 on Sue 793, Keep An Eye On Love, is a Jazz record with a Latin beat that crossed over as a Soul cut. It was released in the UK six months later in March 1964.  Mercury UK released many singles of Ernestine Anderson during the 1960s (see below), including four EPs, most of which were geared towards fans of Jazz music.

Sue records UK, initiated in 1963, was a subsidiary of Chris Blackwell's Island label; the first seventeen releases were directly related to the New York based and black owned (Henry 'Juggy' Murray) independent Sue label, which was established in 1957. Some earlier issues from the American label had been released on the London American label, when the original Island concord with the American company ended in disagreement, all (U.S.) Sue records were deleted from their catalogue in July 1965, and American Sue issues returned to the London American label. Island records retained the use of the name Sue until the final release in 1968; it was not long after this that JC and I, answering an advert, paid a visit to the sue warehouse and discussed, with Chris Blackwell, the purchase of the entire back catalogue of 45s at 3d - that's a fraction over 1p decimal currency - we didn't close on the deal. The above record was issued on (American) Sue 793, it was her first issue on the label and her only one on British Sue. 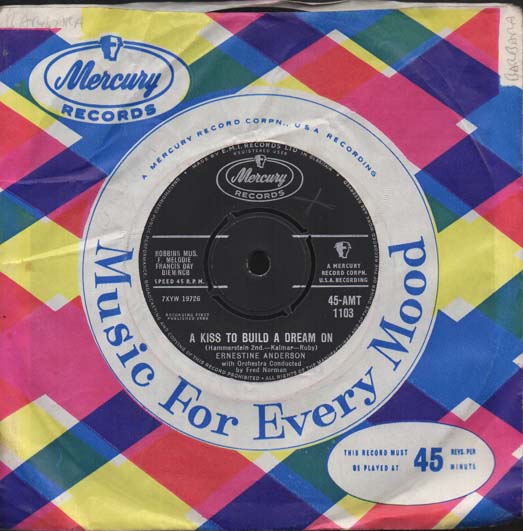 RETURN TO THE SOUL GIRLS PAGE