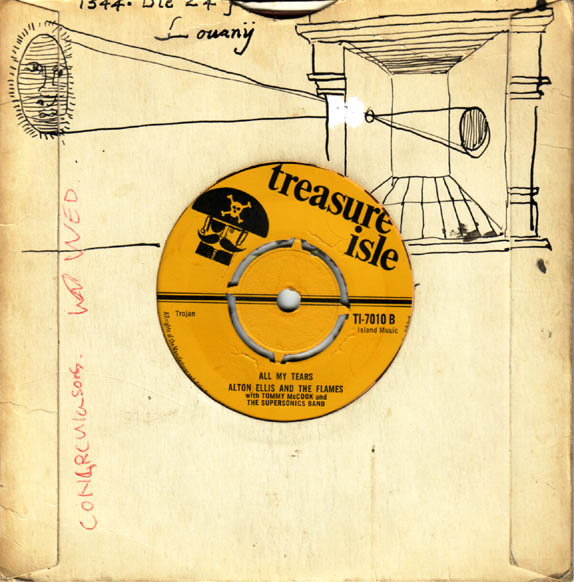 A side quality on this gorgeous B side from Alton Ellis and The Flames backed by Tommy McCook and The Supersonics band, which makes this particular record a top double sided issue. After establishing his career with Clement 'Coxsone' Dodd at Studio 1, Alton Ellis left to sing with Dodd's arch rival Arthur 'Duke' Reid at Treasure Isle, where, for a brief period, he sang some of the most accomplished Rock Steady songs of the period. Because of these consummate recordings Coxsone Dodd then enticed him back to Studio 1, where he was to record such outstanding cuts as Ain't That Loving You and Can I Change My Mind.