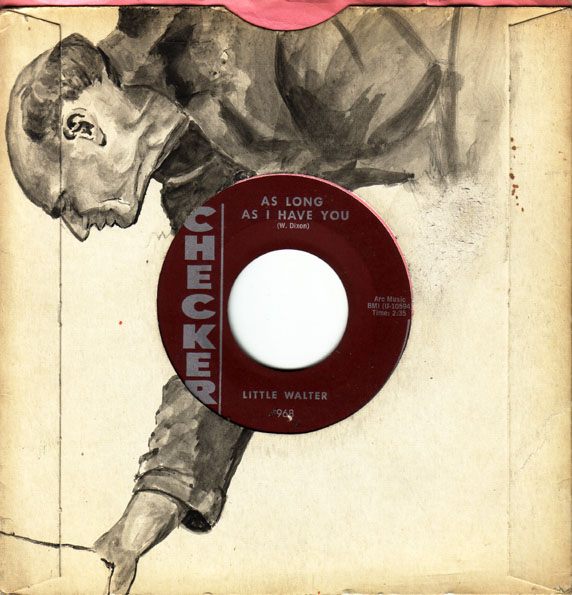 Little Walter was thirty years old when he cut this forceful and convincing Blues, he had been at the very top of the Blues harmonica players league for the past the previous decade. On this session, which produced three other tracks: Blue Midnight, Just A Fool, and the flip of the above, I Don't Play, he is accompanied by Luther Tucker and Fred Robertson on guitars, Willie Dixon, bass, and George Hunter on drums. Sadly Little Walter was unable to maintain his prodigious talent on the harp and not long after this session was only a shadow of his former self, and, as a result of a street fight, was dead at age 37.