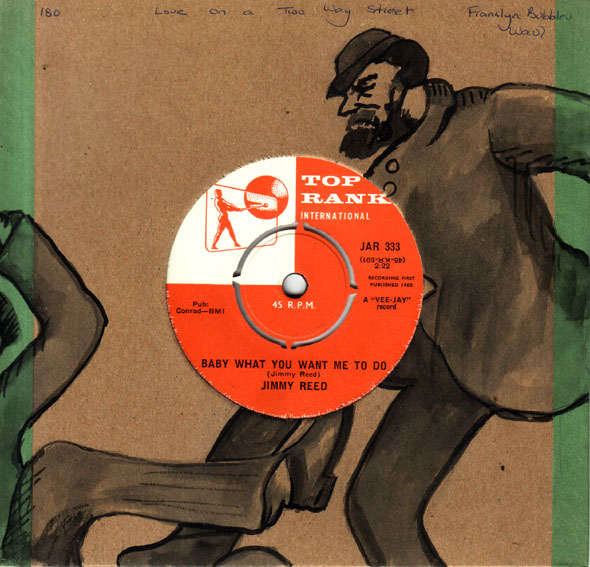 Jimmy Reed was born in Leand, Mississippi, in 1925 and died 51 years later in Oakland, California, he never started recording until he was in his late twenty's when he cut High And Lonesome for Vivian Carter and James C. Bracken and released as the first record on their brand new Vee-Jay imprint, the song was an instant success and had to be leased to another Chicago independent label Chance and as a Chance release it went to number ten on the Rhythm and Blues charts. Jimmy Reed and Vivian Carter and James C. Bracken were off and it was to be the start of a long (relatively speaking for the business) and successful career for all parties. Baby What You Want Me To Do was his twentieth release of thirty nine for Vee-Jay, his last being in 1966 the same year the label ceased operating; it was the first of only six to be released in the UK: three for Top Rank, one on Stateside, one on Sue and one on HMV. Despite the paucity of his singles issued in Britain he was was none the less very well known as far as Blues singers were concerned, this was in part due to the amount of albums he had out Stateside alone issued six, and there was also album releases for Fontana, HMV, Action and Joy put out no less than eight!