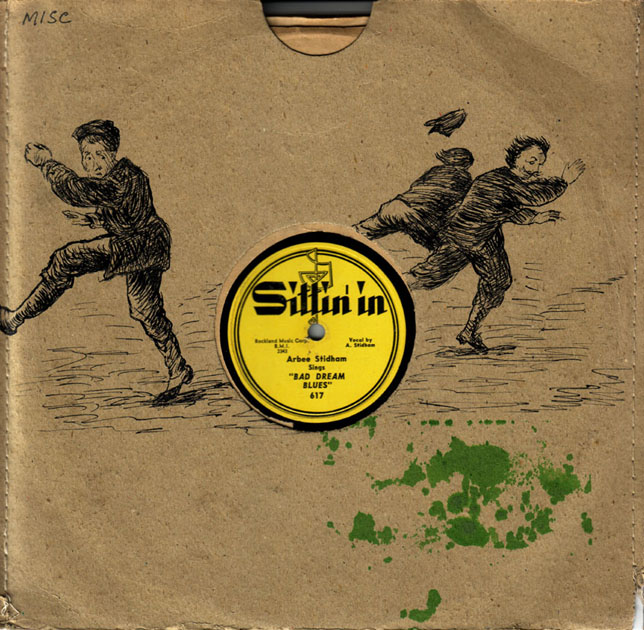 Guitarist and singer Arbee Stidham was from Devalls Bluff, Arkansas, where he grew up in a musical family environment playing harmonica, clarinet and alto saxophone. After forming his own band The Southern Syncopators, who once backed Bessie Smith on a tour in the 1930s, and playing in and around Arkansas and Memphis he moved to Chicago in the 1940s. He recorded for Lucky Millinder's Orchestra on Victor before signing to that label as a solo artist in 1947. He left Victor in 1950 and in 1951 signed to Bob and Morty Shand's New York based independent Sittin' In With - later shortened to just Sittin' In (a label that is still owned by the Shand family) where he recorded the above the third of three releases for the label.