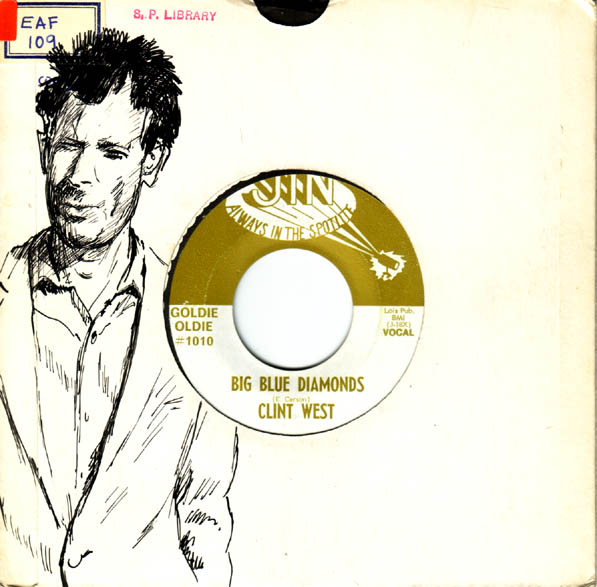 Originally issued on Jin 196, this is a very soulful, so called, 'Swamp Pop' version of a sentimental standard. He was born Clinton Guillory, August 1938 in Louisiana, as a teenager he played drums with a Cajun group, the Vidrine Playboys and adopted the name Clint West. He later turned his hand to Swamp Pop, playing, along with Tommy McLain, in Red Smileys Vel-Tones. There's a similar version  of Big Blue Diamonds by Little Johnny Taylor