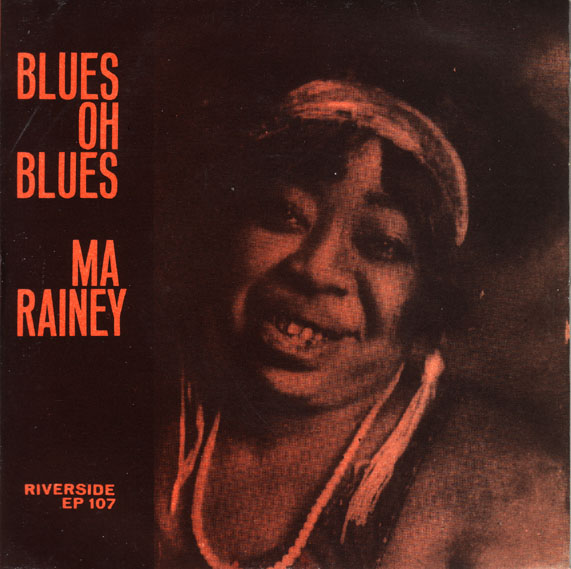 This Blues by Ma Rainey, a.k.a. Gertrude Pridgett, came at the end of her stay with Paramount (#12566) after a period of six years which saw her through her most successful period, it was recorded in Chicago with the Georgia Band none of who's names are known today. From her debut on record with Paramount in 1923 Ma Rainey, known as 'The Mother of the Blues', cut over one hundred titles, amongst which were songs she helped to immortalise like: See. See. Rider and her own Ma Rainey's Black Bottom! The featured track Blues Oh Blues is a moving, plaintive Blues sung with a softer emotional edge than her usual hard belting delivery. Look at her though don't she look great? this was one of the first Blues singers to be recorded, no mean feat in itself, what must it have took for a woman,  not just a woman, but a black woman from Georgia to make her influence felt in the world throughout the twentieth century and beyond?