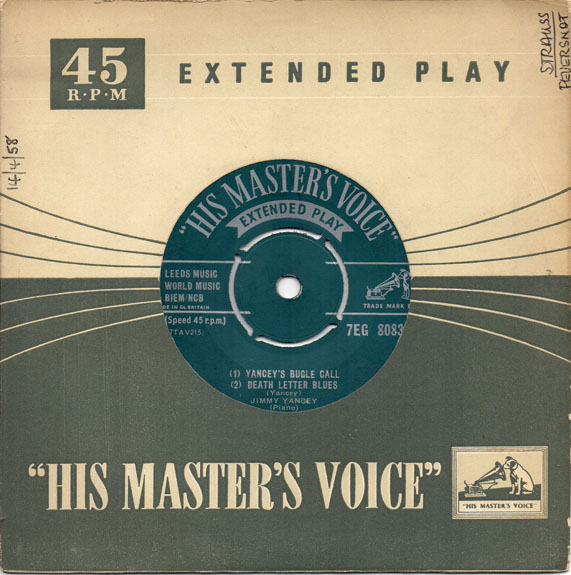 Jimmy Yancey was one of the seminal boogie-woogie pianists of the pre war period; born in 1894 and though he had been playing piano since childhood he never recorded until 1939 when he was in his mid 40s. Recorded in Chicago Death Letter Blues is a rare Vocal from Yancey and was the second of three EP's issued in the UK during the 1950's.