Originally released on Bob and Marty Shad's New York based Jax label # 310. The line up was Brownie McGhee vocal and guitar, with Sonny Terry harmonica, Bob Gaddy piano, Bob Harris bass, and George Wood Drums. This British issue, which gives credit to the more well known coupling of Brownie McGhee and Sonny Terry, was first released in the UK in July 1964 a full twelve years after its debut;  few would have noticed or been able to have guessed its age as the Blues was then still a virtually unknown art form in Britain.

Sonny Terry & Brownie McGhee had a grand total of just two 45's released in the UK in the 1960s, The scorching, punchy  Dissatisfied Woman above, and the novelty, folksy blues Talking Harmonica Blues. Their strong showing at 45RPM in the UK came with the release of  nine EP's. 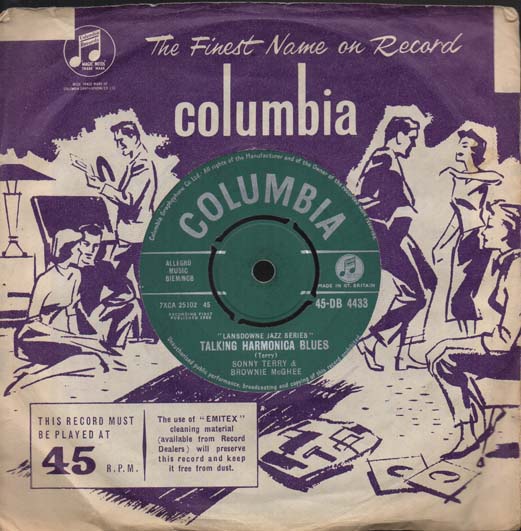