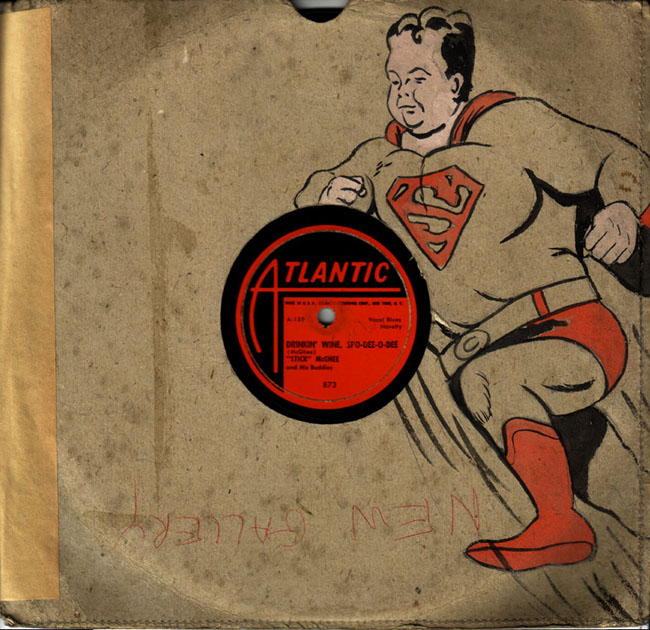 'Sticks', real name Granville, was born in 1917 and died 1961, issued  this Blues novelty on 17th February 1949 it was the twenty third release on the fledgling Atlantic label. The song was first recorded in 1947 and released on the small independent Harlem label and the major, Decca. The earlier version has a more spontaneous feel being a bit rawer with slightly different lyrics, while the Atlantic version has, along with base and drums and his more well known brother Brownie on guitar, the addition of Wilbert 'Big Chief' Ellis on piano. Drinkin' Wine Spo-Dee-O-Dee would have originally only existed in 78 rpm format.