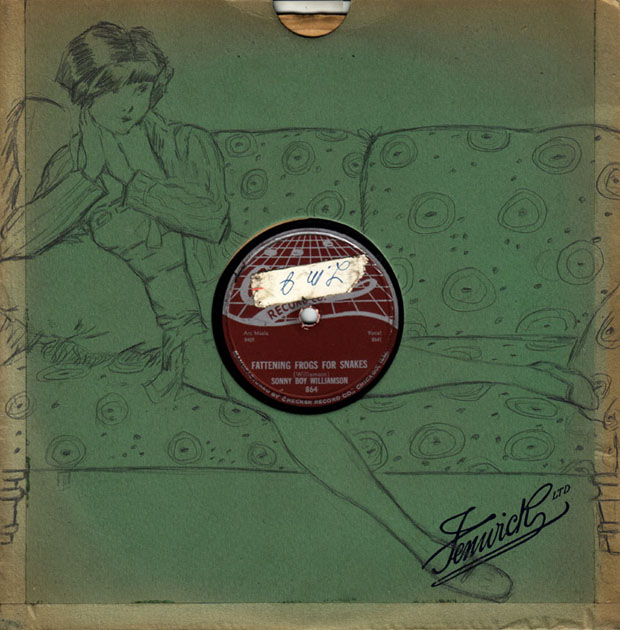 The magnificent Sonny Boy Williamson with his version of Fattening Frogs For Snakes. The song in its original form was written by Perry Bradford, and was recorded at least as far back as 1932 by Clara Smith, and later by Rosetta Crawford. Although the saying Fattening Frogs For Snakes is traditional and has no known exact explanation, there is a difference between the interpretation by Crawford in the Bradford song and that of Sonny Boy, insomuch as Rosetta Crawford's frogs are the men in her life and the snakes are other women, while Sonny Boy seems to be referring to something much darker, much more insidious. It could be that he is thinking of his art and how it is stolen from him by others and incorporated or co-opted (the process by which resistant or innovative cultural forms are taken up and commodified by the culture industries or political authorities) as he would have seen all around him how the music born out of the Blues was reaping rich rewards for the fat cats in the music industry and its performing favorites, while many Blues singers, like himself, were living in relative poverty.