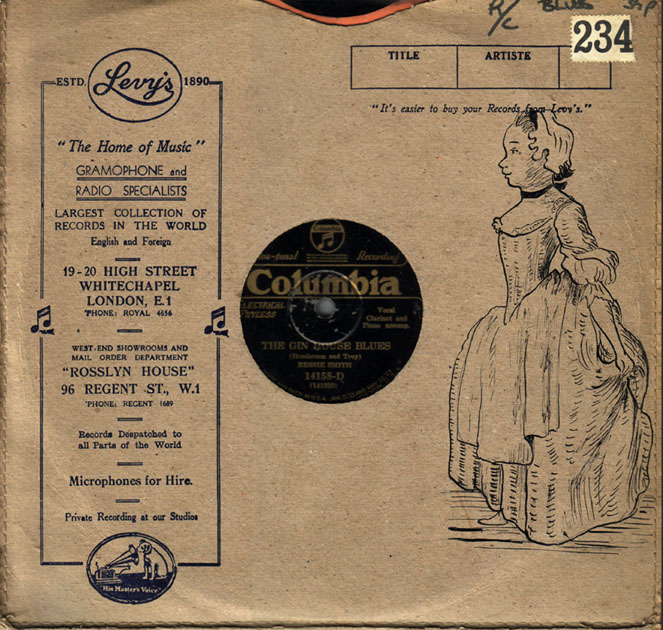 From 1920 to 1933, the manufacture, sale, and transport of alcohol was prohibited in the United States, so, not surprisingly, when the above record was released, and prohibition had been in position for three years, alcohol was a popular theme of Blues records during  that time. Although Bessie Smith turns in a stellar performance on this cut -  recorded in New York on March 18th 1926 and backed by Buster Bailey, clarinet; Fletcher Henderson, piano - she never actually drank gin, her preferred drink being home-made corn liquor, in fact she is quoted as saying that "anything sealed made her sick".