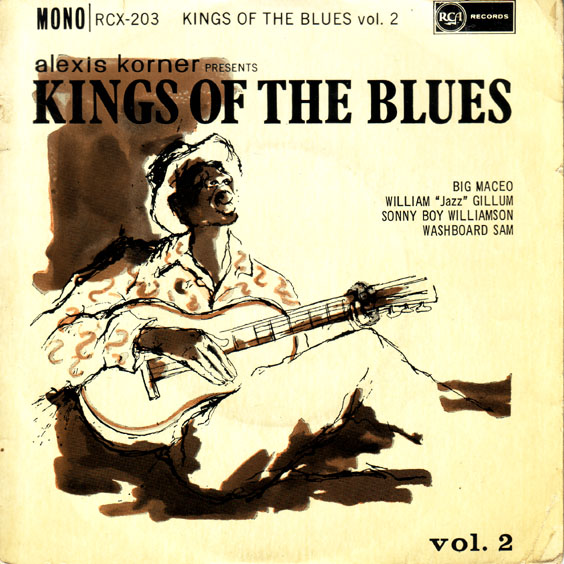 Recorded in Chicago April 24th 1947, with Eddie Boyd on piano, Willie Lacey, guitar, Ransom Knowling, bass and Judge Lawrence Riley on drums, it was originally released on Victor 20-2783. When this was recorded William 'Jazz' Gillum was at the height of his success and a well known name in Blues, yet when this EP was released in the UK just over a decade later in 1962 he was, according to Paul Oliver, driving a furniture removal van! Just imagine . . .  he shows up with his van, he might even have had his regular pianist Big Maceo with him, and after you found out who he is and have gotten over the shock you humbly ask him if he would sing a Blues song for you, to which he kindly obliges by taking out his harmonica and breaks into Whiskey Headed Buddies, or Long Razor Blues, or even A Lie Is Dangerous after which you thank him profusely give him the removal money, a big tip and tell him not to worry about the furniture you'll do it yourself when you've recovered.