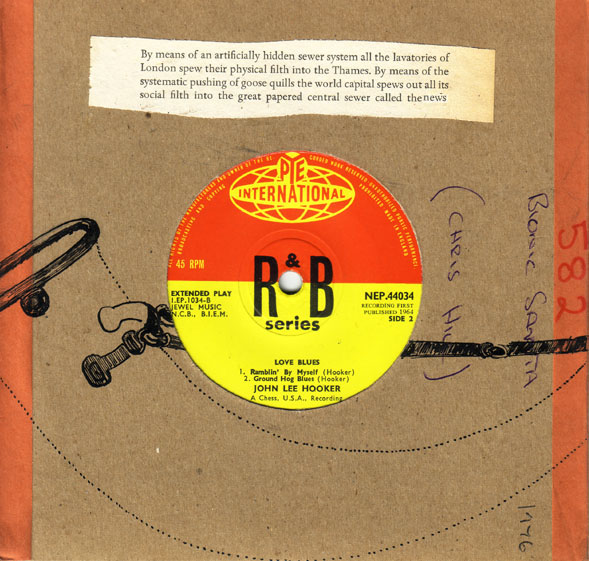 Recorded in Detroit Ground Hog Blues was originally released on Chess 1482 in December 1951 as the flip of Louise, it was also released on Modern 852 (John Lee Hooker was never shy about recording for different labels at the same time using a bewildering array of aliases. The Chess issue and the Modern release are the same recording - it was issued on Chess with the matrix 7330 and re-mastered on Modern with the 7550 matrix - it was released on Chess as by John Lee Booker and on Modern as by John L'Hooker. The above EP was issued as Love Blues in 1965 and was his only EP on the label, though surprisingly he had more EPs than singles issued in the UK during the1960s, and originally came with a picture cover, the tracks are: Side 1. Love Blues (1952) Louise (recorded 1951). Side 2. Ramblin' By Myself (1951) and Ground Hog Blues. In 1966, a year after this EP was first released, a British Blues group led by Blues fan Tony McPhee launched their debut single as 'John Lee's Groundhogs', latter to be know as just 'The Groundhogs', who, shortly after, got to record with John Lee Hooker himself.