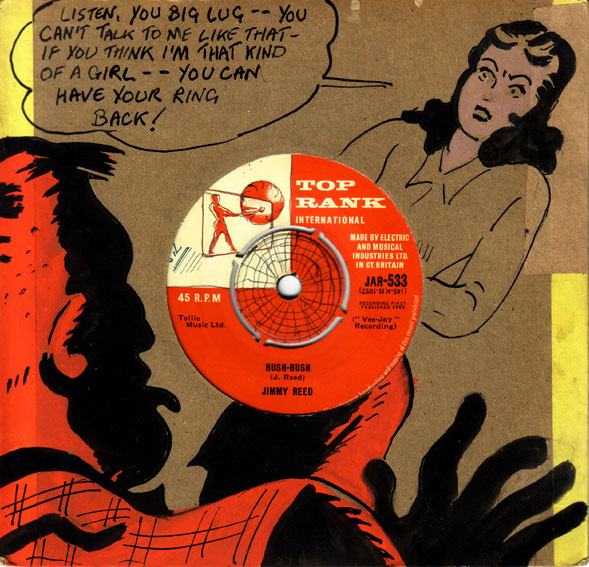 Recorded on August 25th 1959 and released on Vee Jay 357 in the US this was Jimmy Reed's third release in the UK; he had a total of only six 45s issued in Britain in the1960s: three on Top Rank, one on Stateside, one on Sue and one on HMV, though he was well served on LP. Hush Hush, although in Jimmy Reed's distinctive style packs more punch than some of his others, this is helped by the excellent guitar work of Phil 'You Can't Sit Down' Upchurch.