Released on Excello 2113 in 1957 this great Blues cut was Slim Harpo's debut record for the label, it wasn't released in England for another nine years when it was put out with its original flip on the Stateside 'Soul Supply' series in 1966.

Born  James Moore in Lobdell, Louisiana, January 1924, guitarist, harmonica player and singer Slim Harpo died in 1970 at only 45 years old shortly before his first British tour, and was given this obituary in the February issue of Blues & Soul. (see below). 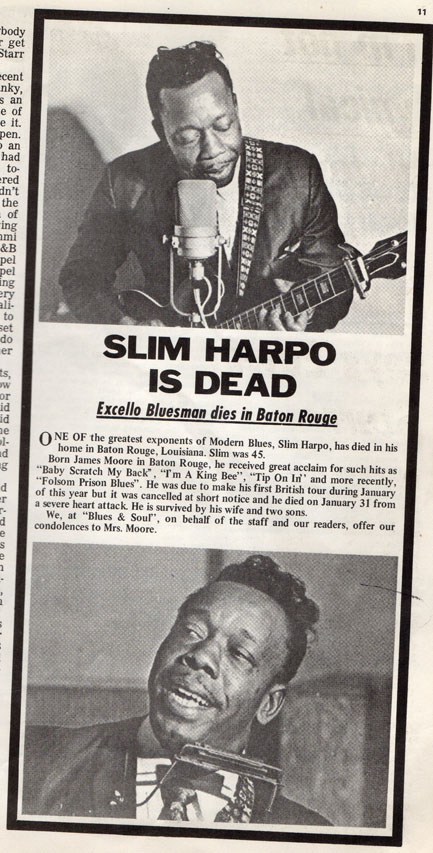