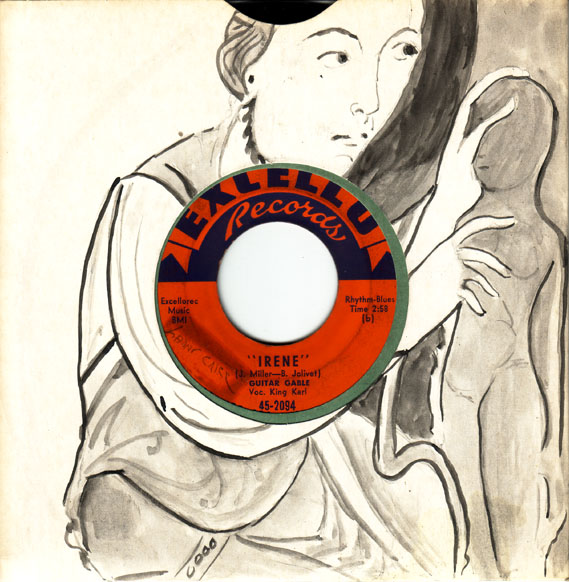 A fine Bluesy vocal from King Karl with strong guitar (six stringed) accompaniment from Guitar Gable, on this love song to Irene; not the same as Leadbelly's Goodnight Irene. I am always inclined to credit records like this, where the vocalist has only second billing, to the vocalist and not the band leader who has main billing, this, however, is a difficult one as Guitar Gable is a name that somehow seems to be right, even though it is in fact a song sung and also part written by King Karl (Bernard Jolivette). Classification is a ticklish card to play in music and just what is the Blues is no exception, strictly speaking this recording of Irene might well be classified as Swamp Pop, or more generally R&B, but for me it also sits well as a Blues cut, even though Guitar Gable, or King Karl for that matter, do not command Blues status in, excellent books though they are, either the All Music Guide to the Blues, or The Guinness Who's Who of Blues; even though stable mate at Excello Slim Harpo gets his place in them, while Guitar Gable, who provided the buzzing guitar on his I'm A King Bee, is excluded.