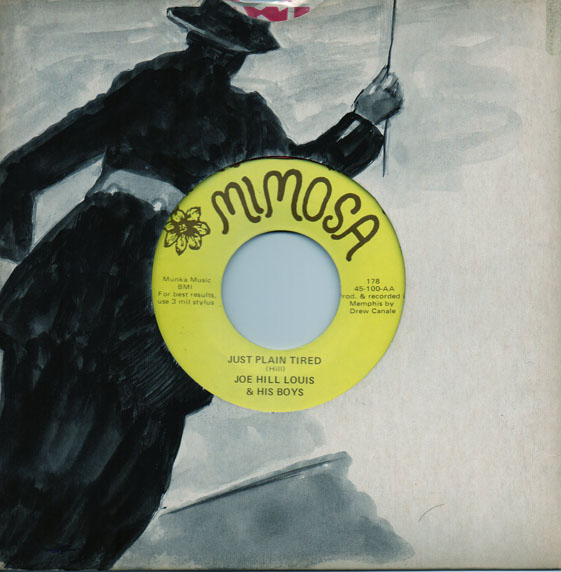 One man band Joe Hill Lewis, was born either Leslie or Lester Hill, September 23, 1921 and died tragically young aged only 35 on August 5, 1957. He first recorded for Columbia Records in 1949 and a variety of other labels throughout the first half of the 1950s, under such names as Chicago Sunny Boy, Leslie Louis, and Little Joe.

Just Plain Tired a rocking Blues vocal with some nice guitar work from Lewis is taken from a radio broadcast and was originally released in 1955 on Drew Canale's Vandor label in a limited edition of 100 for his own juke boxes and reissued with the same B side in 1977 on the Mimosa imprint.